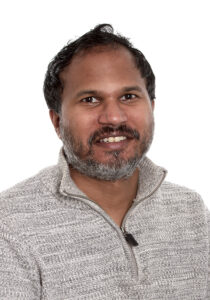 Dr Nimalan Sanmugalingam graduated from St Georges University of London in 2007, completing an Intercalated BSc (Biomedical Sciences and Clinical Neuroscience ) and MBBS (Bachelor of Medicine, Bachelor of Surgery). In the early stages of Nim’s career he pursued a direction in general surgery, undertaking rotations in South West, London and East of England. During that time he developed an interest in research while working at The Royal Marsden Hospital, mainly publishing in EJSO. He completed his MRCS (Membership of the Royal College of Surgeons) in 2012 and thereafter became a Bariatric Research Registrar at St Georges University of London, covering the emergency trauma overnight and also performing research in bariatrics, contributing to publications mainly in Obesity Surgery. It was in 2016 when Nim transitioned, taking a direction in clinical radiology. He trained at the Norwich Radiology Academy during 2016 to 2021 and during that time he completed the FRCR ( Fellow of the Royal College of Radiology).

Nim has joined the Academic Department of Radiology as a Clinical Research Associate. He is part of the Prostate Imaging Group lead by Professor Tristan Barrett. He is funded by the International Alliance for Cancer Early Detection (ACDED) Award, mainly working on PROGRESS ( Progression Risk Evaluation Support System ) which is a pilot study developing dynamic predictive model for baseline early detection and follow-up re-evaluation of the risk of prostate progression on active surveillance. This involves a cross-team collaboration with the Department of Mathematics at University College London. Other side projects also include a multi-centre study – ‘Validation of the PRECISE scoring system’ which is lead by UCL, PAIR-1: Prostate AI Research -1 – sponsored by Lucida Medical Ltd (LM) and PRIME ( Prostate Imaging using MRI +/- contrast Enhancement) – which is a multicentre and multi-national centre study.