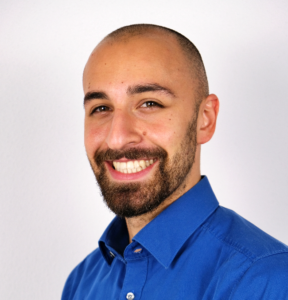 Department of Radiology, University of Cambridge School of Clinical Medicine

As a physics undergraduate in Munich, Pascal Wodtke developed early interest in innovative, interdisciplinary fields of science, resulting in a specialization in Biophysics and a thesis in the field of DNA Origami. After gathering some industry experience, he continued his studies in Munich with a master’s in Biomedical Engineering and Medical Physics, where he graduated in 2021. Pascal was given the “Deutschlandstipendium” for his studies, a scholarship for academic excellence, awarded by the German government.

Pascal conducted the research for his thesis at Professor Franz Schilling’s lab, focusing on hyperpolarized 13C MRI. During this time, he developed a novel hyperpolarized pH sensor called Z-OMPD. For this work, he was nominated for the Young Investigator Award of the European Society of Molecular Imaging. Pascal has a strong interest in the development and particularly the clinical translation of novel molecules with promising and medically interesting properties. Following preclinical work during his master’s, he will now explore the clinical side during his PhD, which is supervised by Professor Ferdia Gallagher and Mary McLean and will focus on the translation of novel metabolic markers by means of multinuclear MRSI.