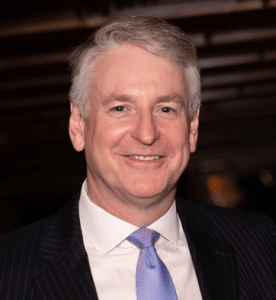 Martin Graves graduated in Physics with Medical Applications from the University of London in 1984. His first post was as a Medical Physicist working in the Department of Medical Electronics at St. Bartholomew’s Hospital in London, where he developed electronic systems for both a 0.08 T vertical field MRI system (M&D 800) and a dedicated NMR relaxometry system. Whilst at Barts he obtained his MSc in Medical Electronics and Physics. In 1987 he moved to the Department of Radiological Sciences at Guy’s Hospital where he worked on methods for the visualisation and quantification of blood flow using a 1.5T Philips MRI system. In 1989, he was appointed as a Senior Physicist in Medical Computing within the Department of Clinical Physics and Bioengineering at Guy’s where he continued his research into MRI as well as supporting the departmental computing infrastructure. In 1992 he moved to St. George’s Hospital in South London as Principal Physicist in MRI, primarily supporting cardiovascular imaging on a 1.5T GE system. In 1996, he moved to Addenbrooke’s Hospital in Cambridge where he leads the MRI Physics group as well as acting as the Information Technology lead for the Department of Imaging. He obtained his PhD in 2010 from the University of Cambridge. In 2021 he was appointed to an ad hominem Professorship in MR Physics in the University of Cambridge. He continues to support the NHS as an Honorary Consultant Clinical Scientist.

Professor Graves is a fellow of the Higher Education Academy (HEA); fellow of the Institute of Physics and Engineering in Medicine (IPEM); honorary member of the Royal College of Radiologists (RCR); senior fellow of the International Society for Magnetic Resonance Imaging (ISMRM); and fellow of the British Institute of Radiology (BIR). In 2018 he was awarded the IPEM academic gold medal. He is currently active on several international national committees and working parties including: the American Board of MR Safety (ABMRS); the joint RCR/IPEM/CoR Clinical Imaging Board; and the BIR MR Special Interest Group. He has co-authored over 200 publications as well as several textbooks including: the award-winning MRI: from Picture to Proton; Physics MCQs for the Part 1 FRCR; The Physics and Mathematics of MRI; and Fast Quantitative Magnetic Resonance Imaging. He has also co-edited Carotid Disease: The Role of Imaging in Diagnosis. He teaches on many MRI courses, both nationally and internationally, and has received ISMRM Outstanding Teacher awards in 2006 and 2011. In 2021 he received the Society of Magnetic resonance Radiographers and Technologists (SMRT) Crues Kressel award. His current research interests are in the development of MR imaging, reconstruction, and analysis methods for morphological and functional body imaging, including cardiovascular and oncology applications.