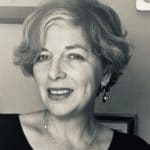 She leads the Radiogenomics and Quantitative Imaging Group in the Department of Radiology.  Her current research focuses on integrated diagnostics, through the clinical development and validation of functional imaging biomarkers to rapidly evaluate treatment response using physiologic and metabolic tumour habitat imaging. Her research in the new field of “radio genomics” has focused on understanding the molecular basis of cancer by demonstrating the phenotypic patterns which occur as a result of multiple genetic alterations that interact with the tumour microenvironment to drive the disease in several tumours types. Her work integrates quantitative imaging methods for evaluation of spatial and temporal tumour heterogeneity with genomics, proteomics and metabolomics. She is also working on development and clinical translation of several novel PET tracers.

Dr. Sala is active in many academic organizations. She is the Chair of Radiology Society of North America (RSNA) Oncologic Imaging Track, serves on the Oncologic Imaging and Therapies Task Force of RSNA and the Genitourinary Imaging Subcommittee of European Society of Radiology. She is a member of Board of Trustees of the International Society for Magnetic Resonance in Medicine (ISMRM), the International Cancer Imaging Society (ICIS) and The European Society of Urogenital Radiology (ESUR). Dr Sala is an Editorial Board member and Head of Oncology Section of European Radiology. In recognition for her contribution to education and research in oncological imaging, she was elected as a Fellow of ICIS in 2014, a Fellow of ISMRM in 2015, a fellow of ESUR in 2018 and received the RSNA Honoured Educator Award in 2014 and 2017.